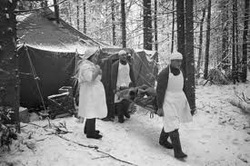 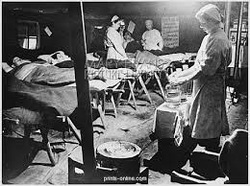 Field Hospitals were based close to the fighting to give treatment
as quick as possible to the wounded, some were patched up and sent back to the front
the ones with more serious injuries were then transported further back
to larger medical centres for further treatment.
Most field hospitals were tented so they could be moved easily as the
battle front changed.
They would be manned by a few trained medical staff  with most of the nurses
having only rudimentary training.
Each field hospital would have had a small detachment of armed troops for its defence.
Combat Medics
The following photo's show Soviet women working as combat medics unlike other armys the Soviet Women medics  were on the front line giving first aid and helping the wounded back to the field hospitals. 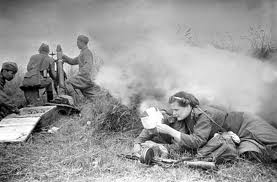 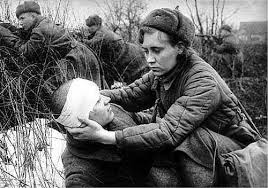 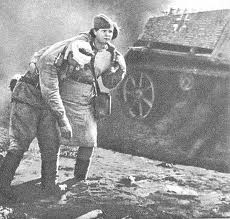 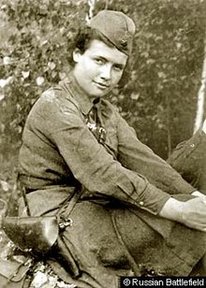 Natalia Peshkova was drafted into the Russian Army straight out of high school at age 17. She was trained with weapons that didn't work and then sent off with a unit so woefully equipped that at one time a horse ate her felt boot as she slept, forcing her to make do with one boot for a month. Peshkova spent three years at the front, accompanying wounded soldiers from the front to hospitals and trying to fight disease and starvation among the troops. She was wounded three times. Once, when the Germans moved into an area the Soviets held, Peshkova was separated from her unit and had to disguise herself. However, she could not discard her weapon because she knew the Soviet Army would execute her for losing it! Yet she made it back to her unit undetected. As the war dragged on, Peshkova was promoted to Sergeant Major and given political education duties further from the front. After the war, she was awarded the Order of the Red Star for bravery. 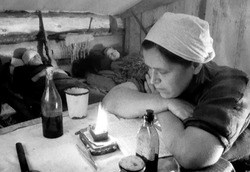 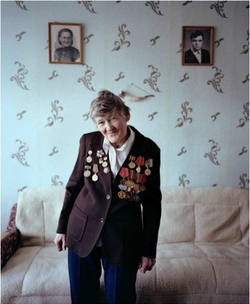 Galina Ivanova Pagarelava of Shchuchyn, Belarus, served as a nurse in the war. She describes her experience during and after the war:

“I was a nurse and I got into the front-bound ambulance train. I was at the front, I collected the wounded and drove them to the hospital. They were heavy, one had to carry them on one’s own arms and back. When we took the wounded away we were often bombarded by the Germans. We had ‘death passports,’ metal tags with our name and last name to identify us in case we were killed.

This is how the four years of war went by. I was at the Leningrad front, the Baltic front and the Karelian front all the way beyond the Arctic Circle. It was daylight all the time at the Arctic front. We wrote letters on the train — at night.

We are updating this page as we uncover more information on the 699th Field Hospital and Soviet Field Hospitals in general, if you have any information which would help us in this endeavour we would be most grateful to hear from you.